Coasting: Happisburgh – Where the wild thing were… 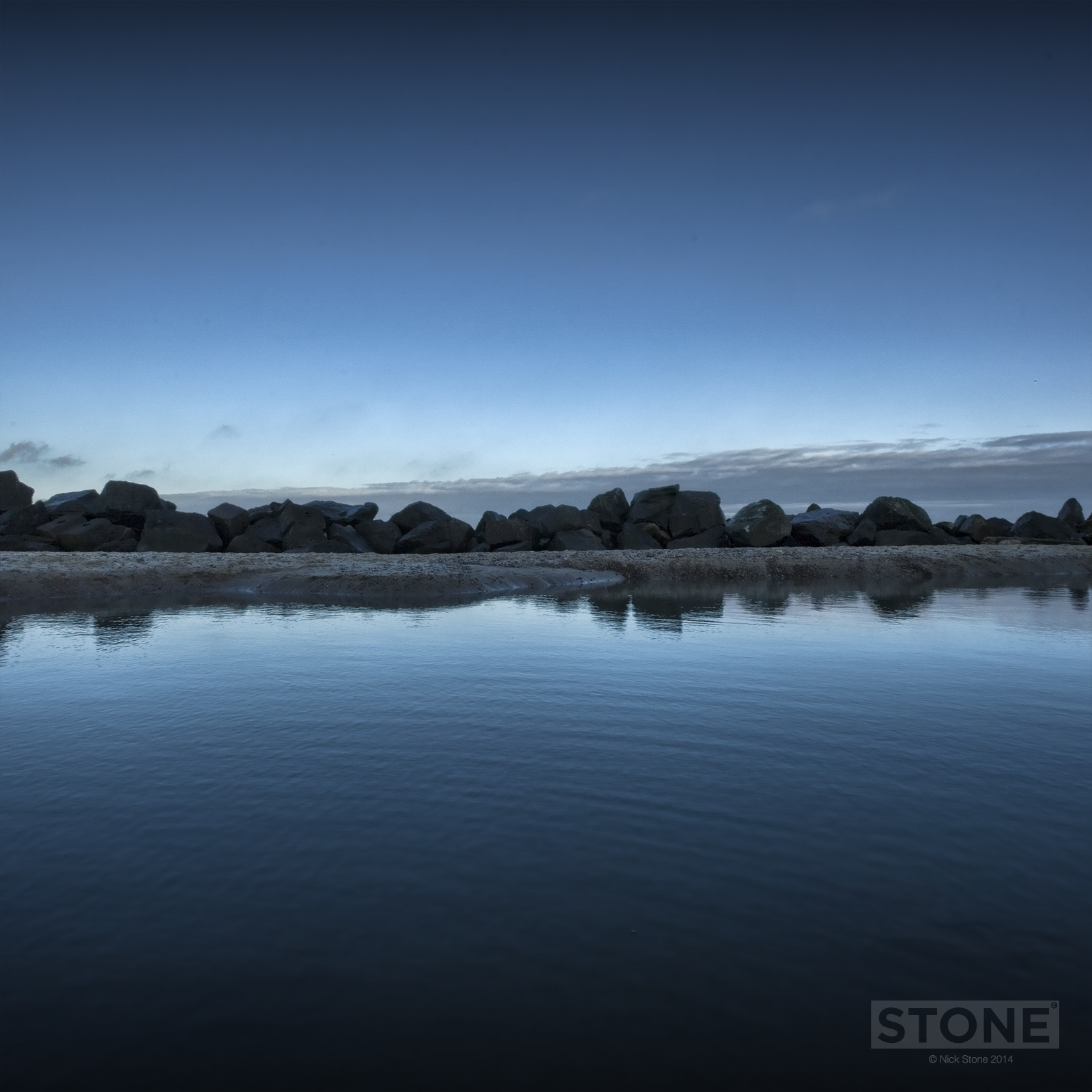 Happisburgh, a curious place to find yourself, a favourite place of mine – the quality of the light on an eastern coast is strange, the ever-changing riven landscape, the beating sea. It sits 20 miles to the East of Norwich, below the stretch of coast where the cliffs fall away from the faded Victorian resort of Mundesley, past Bacton Gas Terminal before dropping flat to the concrete seafront at Walcott and then rising back up to the cliffs made of an assortment of glacial tills and crags, and fluvio-glacial sands and water laid clays. Part of the form of the bruised battlefront between the North Sea and the soft landscape of East Norfolk. Happisburgh is occasionally in the local news; it loses land to the waves, where the glaciers dropped their load as it melted so the sea claims it back as part of a perpetual cycle. It’s also lost houses, the remnants of the last row on Beach Road gradually being demolished in the 2010s before the water could take them and dump them and the possessions of the owners on the beach in bits 30ft below.

It’s a curious landscape, strangely apocalyptic, particularly after the sea has scoured the sand away. On previous visits we’ve encountered all sorts of things on the beach, once the surface is lifted away it reveals heavy outcrops of clays, banded and laminated occasionally faulted dense blue clay beneath everything. As a child I once found a sea worn bullet case, we had jam jars full of Belemnites, the odd Devils Toenail, small pieces of Amber, bits of brick, tile and glass smoothed by the sea. My dad found a large very old tooth, now lost in the dusty fight of moving houses, the births, marriages and deaths. The 1970s were an age where contact between public archaeological finds and the way the museums dealt with the contact from the public was a different thing to the 2014. I often wonder what happened to the tooth, it’s vanished into my memory along with the cork lined motorcycle helmet, my dad’s RAF beret and countless badly repainted dinky toys and Airfix models.

If I knew then what I do now about this stretch of coast I’d not just have been fascinated by it I’d have clung on to it for all it was worth. That tooth and a trip to the Derbyshire Peaks with my older brother when I was about seven, visits to Castleton, Mam Tor, Peak Caverns and Treak Cliff, being bought a small paper screw of  stones which contained bits of Blue John and Calcite, fragments of Galena started a fascination with picking up stuff – stones, bits of pot, tiles, flints, jagged bits of metal and clay pipes which has lasted a lifetime, I even have 1950s cigarette packets and 70s beer cans from under floors. Locations have ranged from allotments to the corners of car parks and fields, gardens, municipal parks and bits of the battlefields of Western Front, beaches in Spain and France, I even managed to drag Mica back from Canadian glacial fields when my dad won the Pools in 1977.

Finds have ranged from the pointless and ugly bits of ‘not what I thought’ to a Moorish pirates head pipe, Neolithic scrapers, shrapnel balls and bits of grey ware, roman tile and hypercaust lining. It illicited an undelighted expression on my mum’s face and similarly does with my family as I clank home, pockets or bag burdened with witches stones, and bits of brick, or sea-smoothed,  rhomb porphyry, andesite or breccia – all bits of the past to add to the boxes of stuff I already have taking over various corners of the house.

And that tooth? I still don’t know what it was, my dad said it was probably a cow or a horse, I said a mammoth, my dad said, a small mammoth yes, a very small mammoth, and there it sat in between his tomato plants until he died in the mid 1980s having dug, smoked and baconed himself into a heart attack. I left home not long after, my mum moved house and it vanished along with my Lego and a fishing rod made out of a tank aerial that I still hanker after occasionally. Considering it now, he was right, it was a large herbivore, because I can still feel the weight of it in my hand, see the ridges in my minds eye. It wasn’t a mammoth, but I think whilst he’d got the species pretty close, I’d got the age probably closer.

We’ve walked along this stretch of coast so many times since then with kids and friends, recently we’ve waded through most of what was probably the contents of a shed or garage complete with car parts and tools rusted by the salt water. Back in the early 1990s in what is now the bay was much further forward. Walking back to Eccles static park from the Beach Road Cafe, then along Bush Drive and through the Bush Estate with our then tiny ice-cream and crumb tarred-and-feathered children, and some friends, several of us were combing the shingle as you do when you’ve been brought up by the sea and know what you might find if you look properly, I hit the jackpot, amongst the bullet like Belemnites and crystal filled sweet-like Porphyry, I found a cracking bit of sea washed hollow bone, cleanly cut and old, a washed out weathered bit of animal structure. In my stupid innocence I took it home put it in a case and eventually forgot about it*.

Recent developments archaeologically at Happisburgh made me review this find. I’ve sent some pics of it and some other flints I’ve found more recently to AHOB (Ancient Human Occupation of Britain) at the Natural History Museum for an initial look, and pending results, and a hands-on look at them too by one of the team from the NHM. If they are what I think they are then I have a piece of cut bone and a flint core/failed tool that date back a long long way into our deep history. There is little to beat the thrill of picking a piece of flint out of the surface of some blue clay, holding it in your hand, turning it and seeing impact marks that aren’t inflicted by a plough or the sea, but were probably made by human or proto-human hands, Homo Antecessor in all probability, who knows until we find them.

‘The glacier knocks in the cupboard, The desert sighs in the bed, And the crack in the tea-cup opens A lane to the land of the dead’…

Someone, another person, many, many turns of this ball of earth gas and water around the sun made this, lost it or discarded it in favour of another piece of tastier flint. Whatever it is something that another human hasn’t touched in what? 600,000 to maybe 800,000 years, maybe more.

So these cliffs rising as they do in their soft way dumped by ice in one of four major glacial advances cover an older land, visible at West Runton, Pakefield, and in fact running under most of the Norfolk, Suffolk and Essex Coast. It covers an older Palaeolithic landscape. Currently this is seen as one of the oldest human inhabited landscapes Britain and in fact the oldest in Northern Europe; dating occupation here to nearly around 900,000 years ago, with these tools and flakes of flint are wild animal bones, Hippopotamus, elephant, big cats. And who knows one day as the soft, sandy downs of Happisburgh wear down maybe there’s a person waiting to be woken from his or her sleep to tell yet more stories and fill in another section of the tale that is a tale of us and how we got here and where we came from.

(*If you are one of the lucky ones, and find something on the beach and desperately want £20 for something with no provenance, stick it on ebay. If you have any sense don’t. What you have is worth far more in terms of knowledge. Once you’ve had a good look at what you’ve found, note where, if you have a camera take photos in situ, if you have a smartphone geolocate your find, then report it. You can report finds to Norfolk Museums by sending them in or directly to AHOB, who quite like emailed photos; a good starting point. These items are far to important to remain unrecorded, do it.)

Addenda: 7th February 2014. Today the British museum announced the release of information relating to the discovery last Spring of around 50 footprints in the clay bed. This has totally blown my mind, given how it’s something I dream about finding here. If you want to read more on it, the best person to tell you the story is Nick Ashton from AHOB, and you can read what he has to say here. 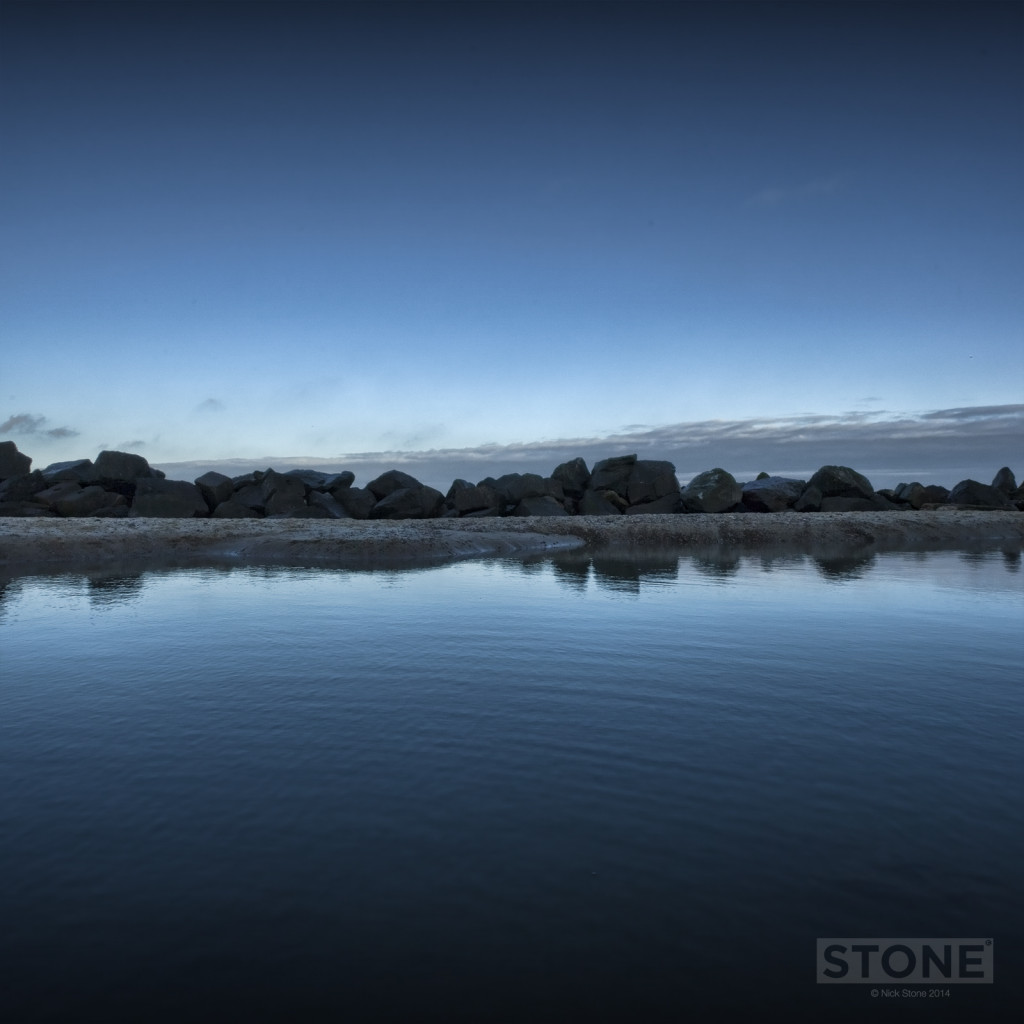