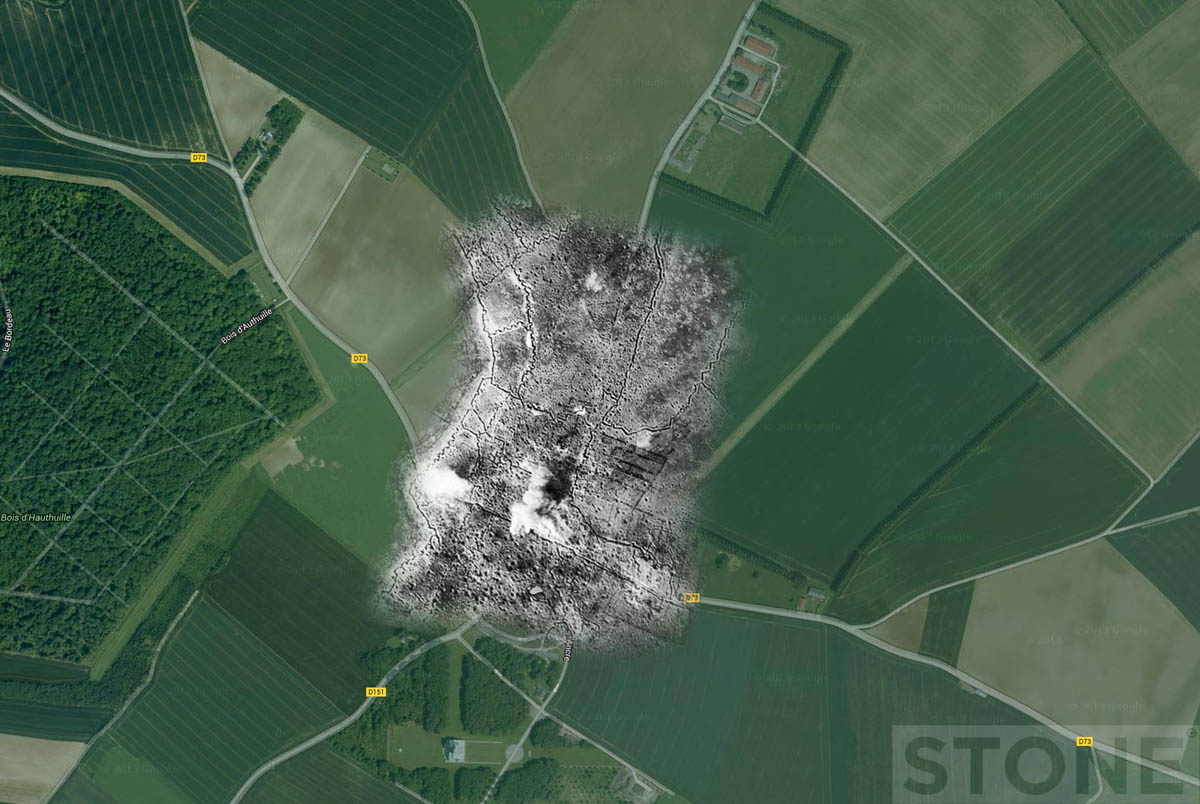 I did one of these to explain something to someone, then tweeted it and it all went a bit nuts, so it makes sense to put some of them together into posts on here rather than having them scattered to the 00000100 corners of the digital world.

This show the Thiepval fortified village to the south and the curve of the German trenches up to the Schwaben Redoubt, Schwaben is the earthworks with the two saps sticking down like probing antenna towards the British lines to the South which were along the Northerly edge of Thiepval wood. The ‘Feste’ or redoubt was inhabited by chaps from Wurttemberg who put up an exceptionally hard and long fight in conditions that begger belief.

As mentioned before in one of the photos of the Redoubt from the side through the trees, there is speculation about how much of this place Tolkein absorbed before unwittingly scribbling it cathartically one assumes back into the marshes and bogs of bits of Lord of the Rings. He was a signaller here during The early autumn of 1916 before the Cambridegshires took Schwaben. Horrifying looking place.

Another aerial ghost, this one shows the village under bombardment. It’s slightly later than the Schwaben redoubt aerial ghost, possibly August 1916, the road lines are by now practically invisible after weeks of heavy shelling. The modern village is obscured by the overlay. The original site of it was slightly to the North of its present position, not that you can tell looking at this, as it had ceased to exist long before this point.

Another aerial shot, googlemap mashup. This show just how obliterated Messines, Flanders was in the bombardments in the run up to the Mine attack on the 7th June 1917.

Messines is now a pretty little town about 4 miles South West of Ypres rather than a shell pocked hell hole with a brick red smear where the church was. That’s the attack my Grandfather perished in at Odyssey Trench near the Roozebeke sometime in the afternoon on a beautiful Sunny hot June day.

Nor did any trench lines, at most men stood in shellholes up to their waists in mud. Again the only vaguely recognisable elements in this flyblown muddy graveyard are the church, a scar of powdered stone and the remnants of roads.

Longueval is on the edge of Delville or ‘Devil’s’ Wood, This is what it looked like after the initial July 1916 bombardment.